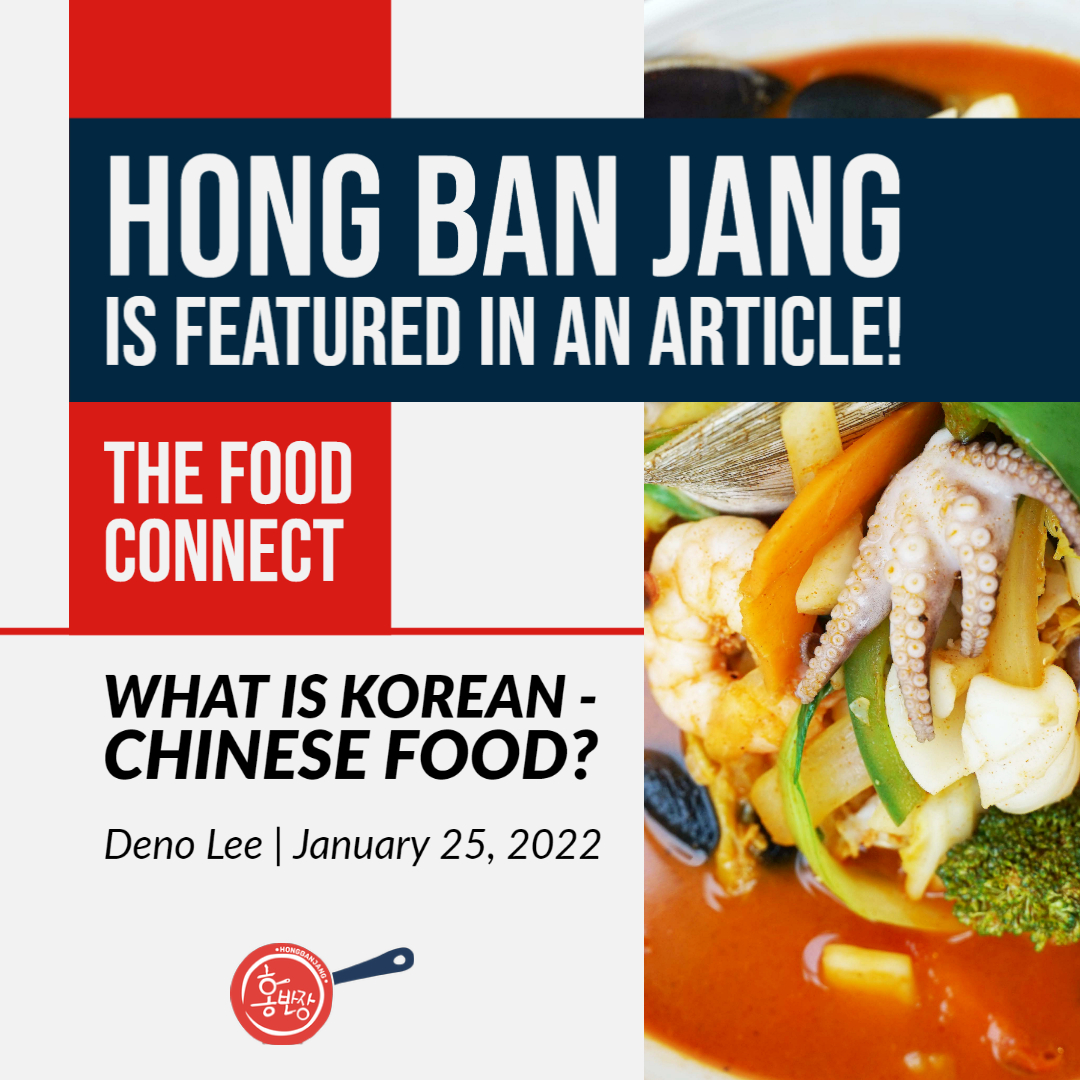 02 Feb What is Korean-Chinese food?

Like many places globally, Chinese immigrants in countries such as Korea have already adapted their native food to suit local tastes.

While it is more of Chinese food, all Chinese served in Korea are quite different from authentic Chinese cuisine back in China.

Chinese dishes are popular for being adapted by different cultures. For instance, broccoli beef, orange chicken, and chow mein are obviously not authentic representations of true Chinese dishes.

In Korea, the blend version exists too because of the geographical ties between the two nations.

According to chefs in most family-owned restaurants, like Hong Ban Jang, Korean dishes were made to be adaptable and versatile. Basically, Korean Chinese dishes are inspired by cuisine from Shandong Province back in China.

But China and their dishes have intermingled with Korean food severally in the past, plus they continue to do so.

These days, cosmopolitan citizens enjoy a contemporary blend between these two dishes. Modern Chinese dishes are brought to the familiar taste of Korea in the electric fusion.

In South Korea, the origin of modern Korean Chinese Food can easily be traced back to the 1880s, when almost 4,000 soldiers from the province of Shandong were sent to Incheon port city to quell a rebellion of the military. Some of the laborers, chefs, and merchants who accompanied chose to stay in Korea.

As a result, Korean ports started to open up for trading to encourage Chinese settlements. At the same time, famines and domestic civil strife in the northern part of China continued to push everyone towards the peninsula. More than 87% of first immigrants in Korea came from Shandong.

With time, the modest dishes of early Chinese-Korean settled evolved so as to fit the local tastes. Most restaurants at the time offered affordable dining-out options for an average Korean.

If you think that Korean food is the epitome of everything, think again. Chinese-Korean cuisine is the best of what is already out there, and it is almost guaranteed that you were not aware that they are a fusion.

Korean food is always evolving and changing, but it remains an integral part of its culture. In fact, most foods have retained their authenticity and originality while other dishes have developed in delicious ways.

Among the most popular Korean-Chinese dishes is jjajangmyeon, which are basically noodles swimming in the black bean paste topped with sauces, such as diced pork pieces, seafood, and sliced vegetables, including cucumber or zucchini.

Another popular Korean-Chinese dish is jjampong. The dish is basically a bright red spicy seafood noodle soup. For some reason, only a few people are familiar with the dish. Though this doesn’t mean it is any tastier than jjajangmyeon. Apart from jjajangmyeon and jjampong, other Korean-Chinese fusion dishes include:

Although Korean-Chinese dishes retain a lot of elements from the Northern Chinese food, they are still essentially Korean because of their local flavors and the concentration of many restaurants in overseas Korean communities and Korea.

This is why the dishes can be described as Korean-style Chinese cuisine, and by any means, they masquerade as being completely authentic.

From our families to yours...⠀ May your Thanksgi

Come in👋👋👋 We are open for Thanksgiving D

Don't love spice but love the noodles? Try our 매